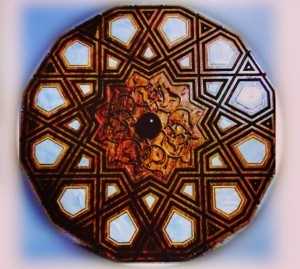 Precious metals, stones and minerals made using various techniques are called the art of kuyum (jewelry). Kuyum also means that precious metals are melted and processed in a pot. The artisans dealing with this work are called "jewelers".

Jewelry dating back to the discovery of historical precious metals is seen in the Eastern Mediterranean basin at the earliest times. Ancient Turks were also advanced in jewelry art as we can see from the samples which are reached to present day. It is learned from the records that the jewelers worked under the "ehl-i hıref" organization in the Ottoman palace and operated under various divisions. Among them are the zergerân which means goldsmith, zernişani who does ornamental inlaying on various surfaces and hakkakan who does sculpting and engraving. It is also stated that the jewelry activity in the capital city Istanbul and other centers had a division of labor, therefore each phase of jewelry production is completed in different workshops.

The development of the Ottoman jewelry was shaped by the orders and needs of the palace. The Grand Bazaar was the center of the jewelry at the time and palace met the needs of workshops from time to time. Murassa (precious gemstones), bindings, quiver (arrow bags) and scabbard are produced by jewelers. In addition to these, crests, belts, brooches, earrings, rings, bracelets, chain accessories, hair accessories, belts and belt buckles are also produced. The artifacts preserved in the Ottoman treasury reveal the fine taste and the diversity of jewelry design.

While the terminology used in jewelry has changed over time, the basic techniques are listed in the most general terms as crimping, sadekârlık, finesse, polishing, gilding, and plating. There are also some jewelry arts that require finer craftmanship. These include kazaziye, telkârî and sedefkârlık inlaid technique. In the products of the Kazaziye, the gold or silver wires which have been rolled and brought to 0,08-0,1 microns are reinforced by bending with a reel. From this material, which has silk on the inside and gold or silver on the outside, accessories such as prayer beads, buttons, earrings, bracelets, neck collars are made. This art which is the origin of the Caucasus requires very fine knitting workmanship.

Telkârî means wire work. It is different from wire mesh and wire-lacquering arts in jewelry. Wire from the rolling mill is formed to form a frame to the object. Then, the motifs prepared from the wires are placed in the desired plane and welded together. After all the spaces have been filled with motifs and the darkened parts are polished. Telkârî which is very common in Mardin, originates from the Urartians. In recent years, the Beypazarı district has also become an important center for the art of telkârî.